The DRC story about the petition filed to recall Kevin Roden got me wondering. What is representative democracy?

The petition listed only one grievance against Kevin (quoting from the story) “his disregard of the citizens’ initiative to ban hydraulic fracturing in the city limits in 2014 and his subsequent vote to repeal the ban in 2015.”

I was part of a group serving as interveners in the lawsuits against the city at that time. That position gave me privileged access to legal advice – kind of like… 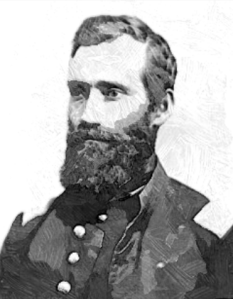 This letter was written by Richard Strout (1819-Aft1898), the son of Joseph Strout (1794-Aft1870) and Susan Drought (1793-1860) of Allen County, Indiana. Richard was married first to a woman named Sarah (b. 1823) and second to Jennie S. Harlow (b. 1836). He was enumerated in Defiance, Ohio in 1850. At the time that Richard wrote this letter in 1851, he was in Terre Haute, Indiana and employed as a civil engineer. In 1853, he was employed as the deputy surveyor general under General Washburn performing civil engineering reports for the government in Minneapolis, Minnesota. While there, Strout attempted to strike it rich by speculating in land but the financial panic of 1857 wiped out his dreams. [See: Richard Strout — founding father or founding failure?] He was still in Minnesota when the Civil War broke out and as a reward for raising a company of…

We have been reading creation stories lately in our family. So, in light of MG’s official name change today, I thought of this myth.

At first there was only bear and dragon. They wrestled playfully in the great darkness for an eternity. Once, though, bear grabbed dragon by the belly and squeezed too hard. She did not mean to do it. Fire poured from dragon’s mouth. This was the beginning of light and time. Sadly, the fire burned so hot that it scorched poor bear, who rolled into a ball called earth. Her bones were charred into rocks, her skin became soil. Dragon wept and his tears became the oceans on the ball of the old bear’s body. The cinders from his fire caught up in the fabric of the sky and smoldered here and there, becoming the stars.

The right eye of bear floated up and became the…

Nancy of Denton utilizes DCTA’s Access service to get to the Denton Senior Center and doctor’s appointments. See what else she had to say about us: Q: What do you enjoy most about ridin… At a time when liberals are ascendant in the party, some Democrats believe Hillary Rodham Clinton’s time representing Wall Street as a senator could become a vulnerability.

Source: What Faith and Freedom Demand

Source: Support Refugees in Your Community